Our One Week Without Power

The power of the recent ice storm left most of the GTA in the dark. And, Cy and I even laughed about freezing rain in the forecast – ha, it’s nothing! We are from Vancouver, no problem.

But the city was encased in ice and there were a lot of problems: No lights, no heat, no Internet (!), no more Christmas party and one fallen tree in our backyard. 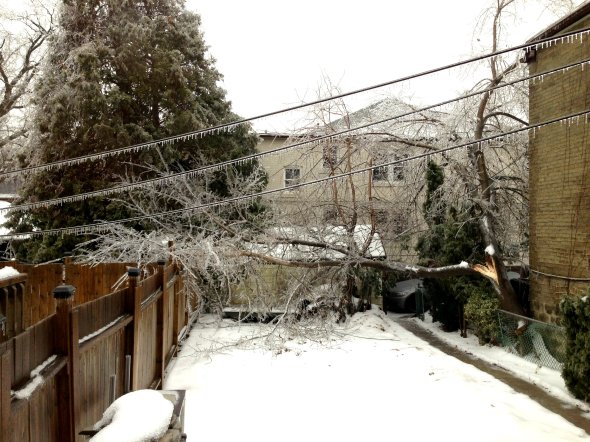 It was seriously destructive and beautiful at the same time. For one week, we didn’t have power and it became unbearable to live in the house. We tried for 2 nights, but it felt like we were camping…indoors. 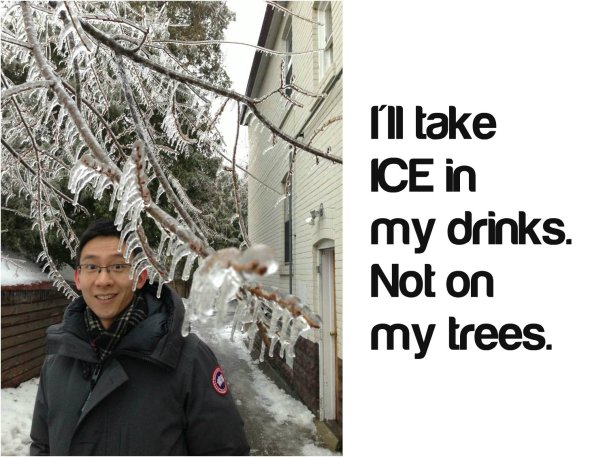 How can I describe it the whole thing? Now, I look back and I think about all of my favourite moments:

In between all these moments, we kept checking on our house to see if power came back. On day 7, the green trucks came by. INSERT: celebratory music. 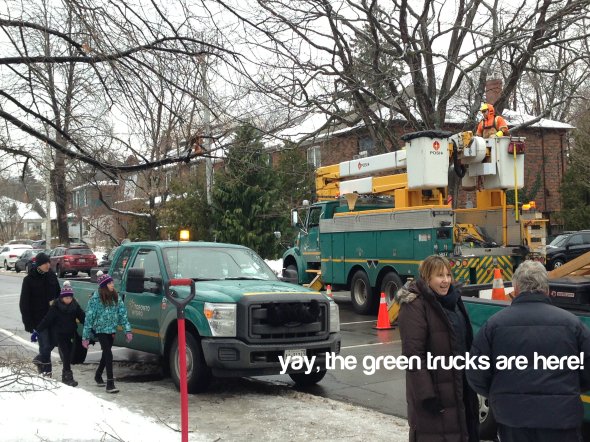 Despite working long shifts, the crew were good guys with real pride in what they did for the city. In no time, they were able to correct the blown fuse.

We had power! We had lights, heat (warming up), Internet(!) and experiences that has left us with a greater appreciation for the power of our friends, family, strangers and free wifi.

9 Comments on “Our One Week Without Power” 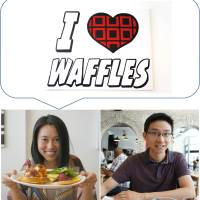 What We’ve Talked About